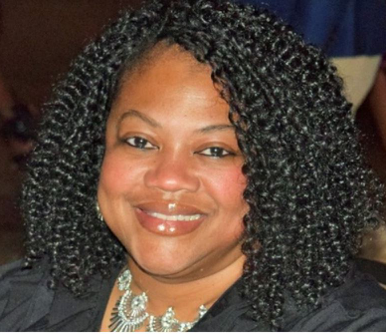 Mrs. Johnson began her career as a public school educator in 1993 teaching third grade in Colquitt County. After teaching there for a year, Mrs. Johnson got married and moved to Houston County and was a Pre-K teacher for two years with the Bibb County Board of Education. After being hired to work in the Houston County School System in 1996, Mrs. Johnson served as a fifth grade teacher at Pearl Stephens Elementary, where she taught for five years, before transferring to Linwood Elementary, also serving as a 5th grade teacher, for three additional years. In 2004, Mrs. Johnson was hired as the Assistant Principal for Instruction at Miller Elementary, where she held that position for ten years before being named as Principal of Miller Elementary in 2014.

Mrs. Johnson married her college sweetheart, Dr. Ramon Johnson and they have two adult children, Deondra and Rayana Johnson. One of Mrs. Johnson’s favorite scriptures is Philippians 4:13 - “I can do all things through Christ who strengthens me.” She believes God gives us strength in numerous ways through contentment and through challenges. As an educator, she has had many great days and yet there were challenges sometimes. Nevertheless, Mrs. Johnson believes that being an educator is her calling and purpose on this Earth and could not asked for a better career, being content, strengthened by Christ, and living the dream.

Miller Elementary School serves a population of students with diverse academic, social, and emotional needs. The faculty and staff are committed to teach children reading, writing, and math skills and to guide children to assume responsibility and display leadership qualities. Miller Elementary takes pride in providing a program that helps children develop values and character that will enable them to become contributing and self-reliant citizens.